Florian Donderer is first violin of Signum Quartet, one of the most adventurous and outstanding
string quartets of today, as well as longstanding concertmaster of The Deutsche
Kammerphilharmonie Bremen.

He is a versatile musician, highly valued as chamber musician, soloist, concertmaster and
conductor, collaborating with distinguished musicians such as Paavo Järvi, Steven Isserlis, Lars
Vogt, Viktoria Mullova, Elisabeth Leonskaja and his wife and brother in law, Tanja and Christian
Tetzlaff.

Florian Donderer is frequent guest at major festivals such as Bergen Festspielen, Beethovenfest
Bonn, Festwochen Berlin, Schwetzinger Festspiele and is core member at „Spannungen“, one of
Germany’s most prominent music festivals, founded by Pianist Lars Vogt.
Concerts with Signum Quartet have taken him to international podia from Berlin‘s Boulez-Saal
and Elbphilharmonie Hamburg to London’s Wigmore Hall and Concertgebouw Amsterdam.
Florian Donderer is especially renowned as an artistic leader, directing orchestras from the
concertmaster’s desk. Top Chamber Orchestras such as Scottish Chamber Orchestra,
Kammerorchester Basel, Norwegian Chamber Orchestra and Camerata Bern, invite him as
director and soloist. Last year‘s recording „Haydn and Bach Cello Concertos“ with Steven Isserlis,
Florian Donderer and The Deutsche Kammerphilharmonie Bremen has received a Grammy
Nomination. He made his debut as conductor with Ensemble Oriol and Christiane Oelze at Berlin
Philharmonic Hall, followed by a CD recording with Deutsche Kammerphilharmonie Bremen and
Tanja Tetzlaff. He has conducted among others the Kammerakademie Neuss, the
Südwestdeutsches Kammerorchester Pforzheim and Festival Strings Lucerne.

This year Florian Donderer has taken on the position of artistic director of the chamber music
festival of the city of Rottweil, one of Germany’s longest standing festivals. With his wife, Tanja
Tetzlaff he is curating a chamber music series at Sendesaal Bremen.

He plays a violin built by German Violinmaker Peter Greiner in 2003 and bows by Nico Plog from
Antwerp. 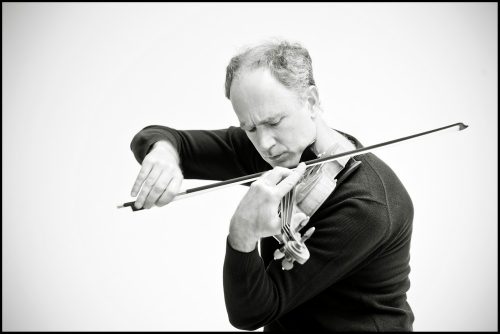